Dementia around the world

Dearbhla’s mock course What is Dementia? Dementia around the world
Lesson Progress
0% Complete 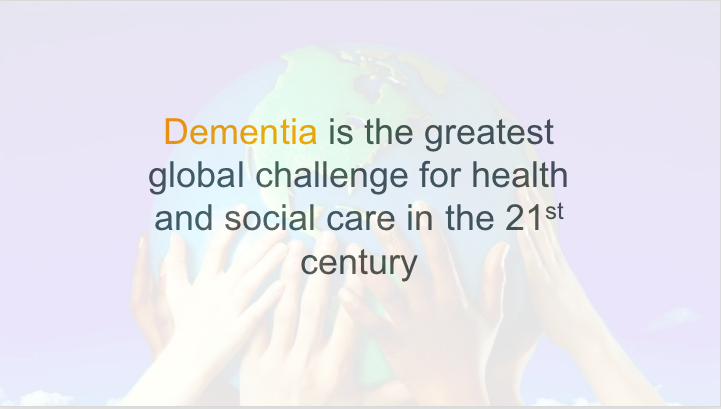 Dementia is the greatest global challenge for health and social care in the 21st century. Dementia is by no means an inevitable consequence of reaching retirement age or turning 90, but it does occurs mainly in people over 65, so increases in numbers and costs are driven, worldwide, by increased longevity.

Of  the top 10 causes of death worldwide, Alzheimer’s disease is the only one we cannot prevent, cure or even slow down.  In the US, 10 times more every year is spent on cancer research than on Alzheimer’s research even though Alzheimer’s disease costs more and causes just as many deaths each year as cancer.

Dementia became a trillion dollar condition during 2018 and that is forecast to double by 2030.

Nearly 85% of costs are related to family and social rather than medical care.

Previous Lesson
Back to Lesson
Next Topic
Login
Accessing this course requires a login. Please enter your credentials below!
Lost Your Password?