Dearbhla’s mock course What is Dementia? What is dementia?
Lesson Progress
0% Complete 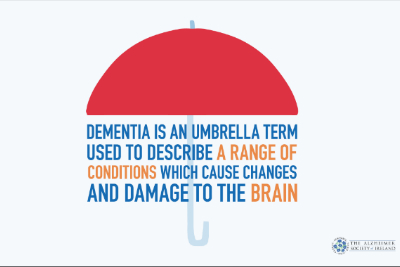 Dementia is a term that we use to refer to a change in functioning from previous levels and beyond what might be expected from normal ageing. The domains that are affected by dementia include memory, thinking, orientation, comprehension, calculation, learning capacity, language, and judgement (WHO, 2015).

There are lots of diseases that will cause dementia, and although the vast majority of these are associated with advanced ageing, some in particular those with a high genetic predisposition can occur at much younger ages.