The 2014 National Memory Clinic Conference jointly hosted by the Mercer’s Institute for Successful Ageing and the DSIDC was held at the Trinity Biomedical Sciences Institute on 16th May.

The conference was titled ‘Dementia: More than Memory’.  It explored the theme that dementia has many facets including psychiatric and behavioural aspects, especially in people with young onset dementias. Speakers included: Professor Orla Hardiman and Professor John Hodges whose presentations were about frontal temporal dementias.  Other speakers included Professor Clive Holmes who discussed the role of inflammation in the course of Alzheimer’s Disease and Professor Carol Brayne who talked about dementia as a “syndrome” and the shift from dementia being seen as a burden to it nowadays for some being seen as a business.  Professor Brayne also presented findings based on population studies reflecting the small decrease in dementia prevalence rates witnessed recently in the UK. Dr Alberto Blanco who discussed Neuro-Psychological testing,  highlighted the value of qualitative interpretation of cognitive testing.  Other speakers included, Mr Gerry Martin, the new CEO of the Alzheimer Society of Ireland who informed us of the development of their new  ‘dementia advisor’ service. The day was completed with a presentation on brain health from Dr Sabina Brennan from NEIL Institute at Trinity College.  As before, the turn out for this conference was high and the feedback from the audience was extremely positive. 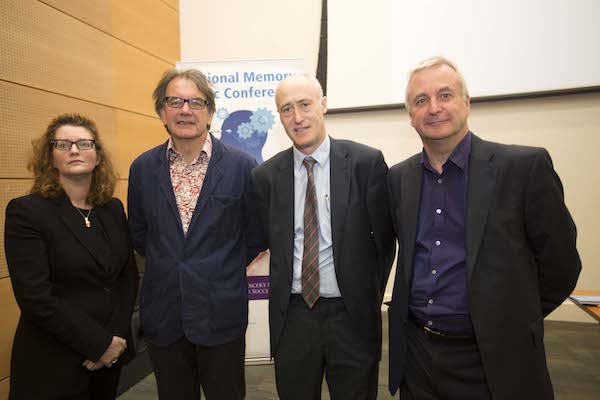 Insights into the brain for ageing populations

Signposting and Support: The Alzheimer Society of Ireland Developing a Dementia Advisory Service